Boat Prep, Delays but we're getting there.

Almost in Portugal a week already and time is flying by. Although we were meant to be departing tomorrow and are now not, the truth is we've had loads to do already and probably would have struggled to leave tomorrow even if conditions had been favourable. So what exactly do we mean by boat prep? Well, it's basically getting the boat ready to depart. That includes everything from cleaning the boat to loading it full of all the food we'll need for the crossing, to testing equipement, fitting new pieces of equipement, fitting sponsor logos on the outside etc etc. Ours is possibly the most high tech boat ever to cross the Atlantic ocean. We have constant email and text communications via satellite phone (of which we have two), we have 2 independent ship identification systems on board (AIS), 3 different emergency satellite beacons (EPIRB/PLBs), 3 personal AIS beacons as well as all the traditional safety equipement such as life jackets, throwing lines, Liferaft etc. Simply put, we couldn't have more safety with us on board. Fitting the new systems and testing them all has taken up a large part of the last week - that and shopping for food, snacks, treats etc.

Today we finally completed the last of the wiring and put the boat in the water. It was a huge psychological milestone and felt great to be out on the water, allbeit briefly. We rowed across to the local marina where the boat will stay until we depart. Before then we'll do water trials (testing all the systems on the water, most importantly the watermaker) and plenty of training. Having not exercised in nearly 10 days we are all itching to get moving again so tomorrow will be great. And then focus turns to the weather forecast. No single factor has lead to more highs and lows in the past week than the weather forecast. It's been favourable, unfavourable, dreadful, ok and everywhere in between. The long and the short of it is there's a storm due across the coast on the 2nd to 4th of March which at the moment is forecast to clear by the afternoon of the 5th. If the forecast holds (it probably won't!) we'll depart on the 6th March. We won't really know for sure until 1-2 days before when the forecast becomes more reliable. If we do depart then it won't have been much of a delay at all and we'll be off. But it's equally possible it changes again so we'll really have to wait and see. 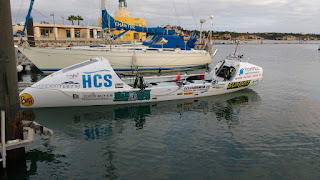 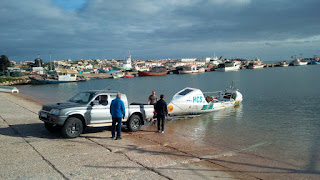 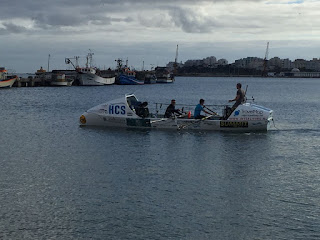 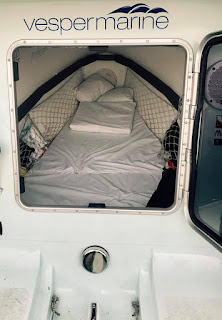 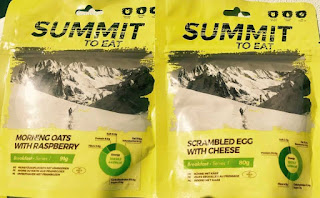 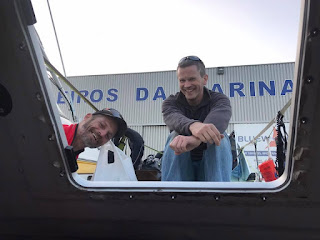 So in summary - lots done already, lots still to do, 6th March looks like our current departure window but we'll have to wait and watch before we know for sure.
Posted by Niall at 11:46